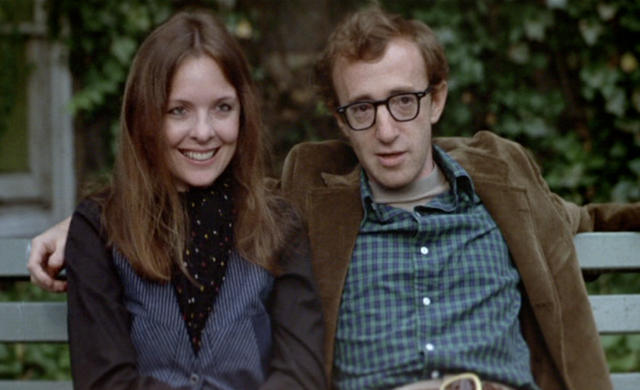 Woody Allen directs himself, Diane Keaton and Tony Roberts in this Oscar winning romantic comedy about a writer remembering his relationship that fell apart.

Annie Hall starts really bitty and even ropey. There’s great stuff in that first half hour… Allen’s warped childhood memories and moments of fourth wall breaking. But it all seems to be delaying, circling like a weary boxer even, what he wants to get to. Letting the clock run down so he can look over a failed relationship as quickly as possible. Like pulling a plaster off swiftly over an hour. Reveal his controlling behaviour and disappointment that he lost something he can never find again. The jokes are still there. They are sometimes delightfully experimental (subtitled doubts while flirting), other times broad (cocaine sneeze). But it is the loss we are left with. Allen looking at us dead on as another girlfriend / actress can not recreate the magic of the earlier scene with the lobsters.  Empty seats in a cafe, the traffic moving on uncaringly. “Seems like old times.” Diane Keaton at her best, broad rim hat and waistcoat, you’d want to make a break-up movie too.