2 Rogue One: A Star Wars Story 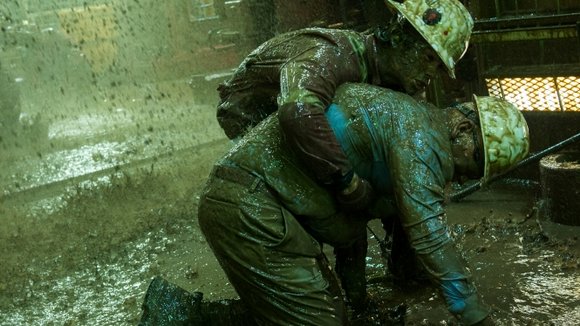 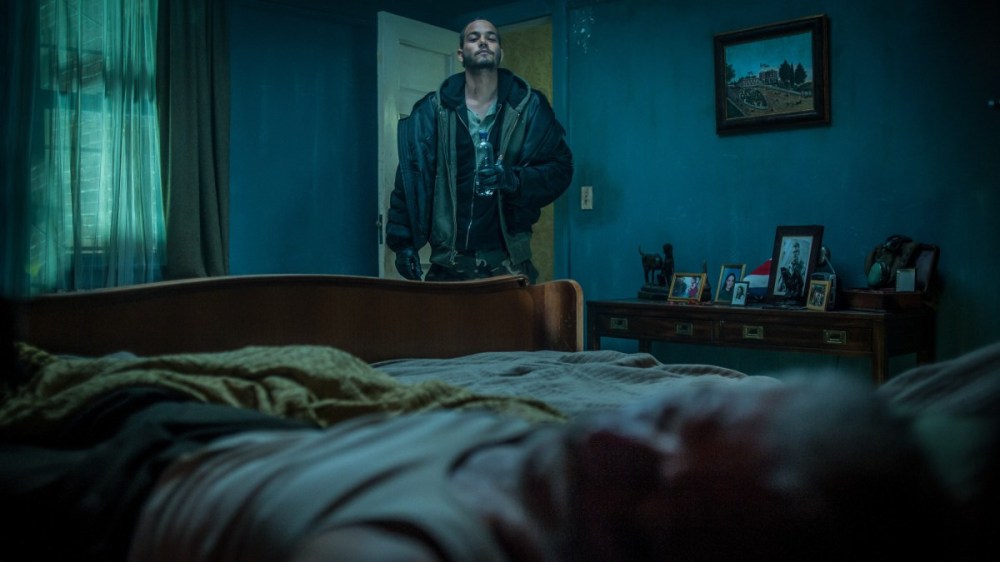 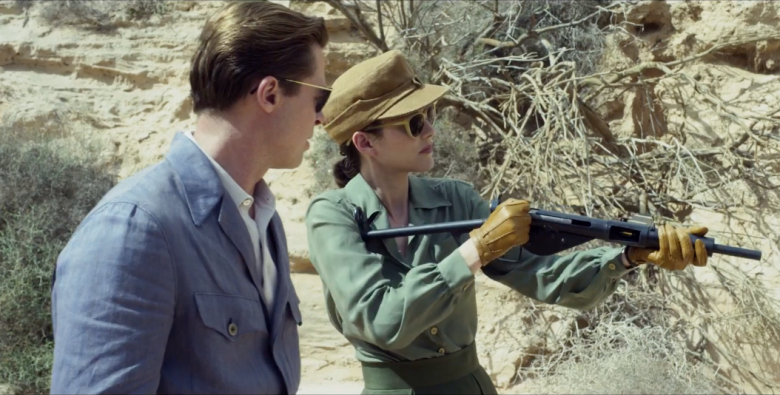 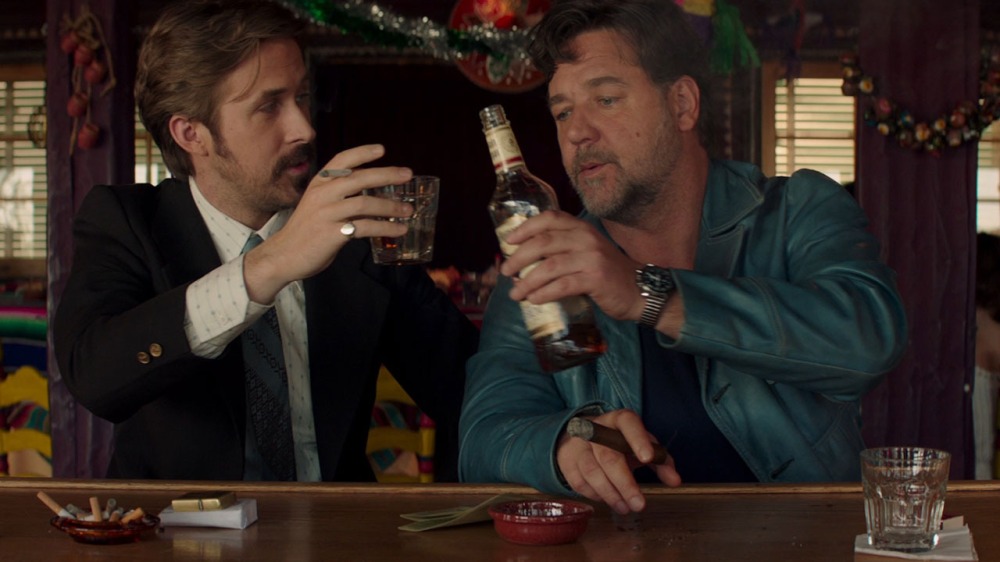 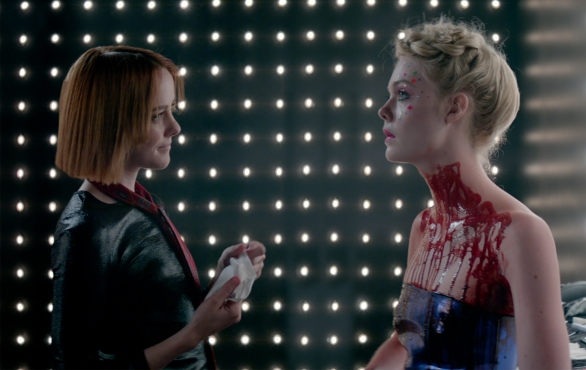 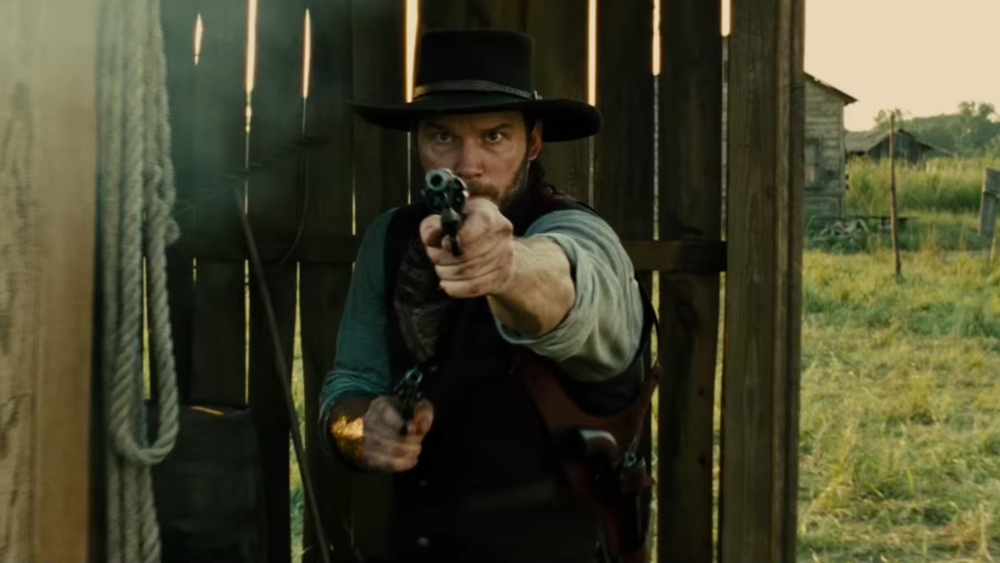 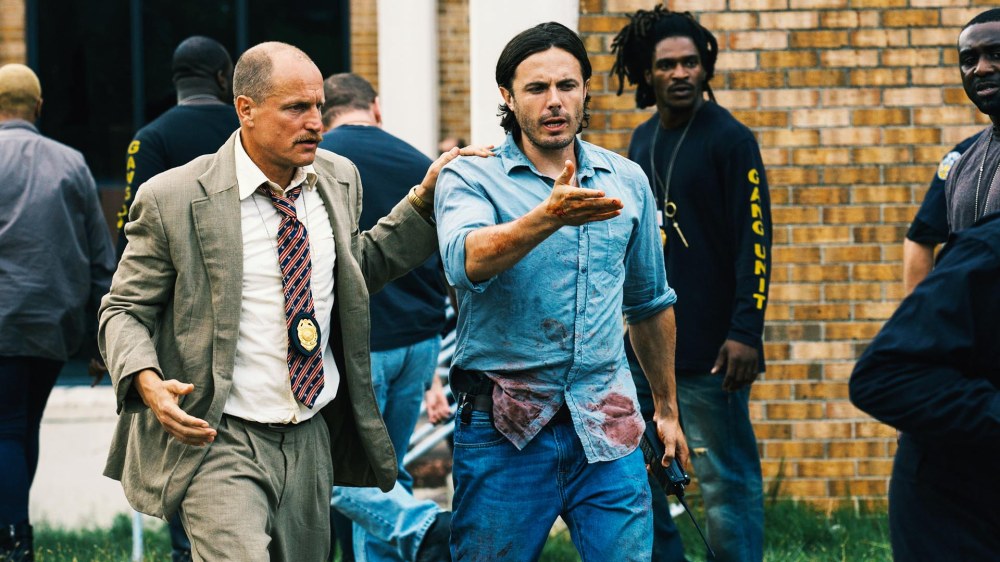 17 The Hunt for the Wilderpeople

John Landis directs Eddie Murphy, Dan Aykroyd and Jamie Lee Curtis in this Christmas classic where a stockbroker and a hustler have their lives swapped by some mischievous one percenters.

Randolph Duke: Ezra. Right on time. I’ll bet you thought I’d forgotten your Christmas bonus. There you are.
Ezra: Five dollars. Maybe I’ll go to the movies… by myself.
Mortimer Duke: Half of it is from me.
Ezra: Thank you, Mr. Mortimer.
[mouthing silently]
Ezra: FIVE DOLLARS!. 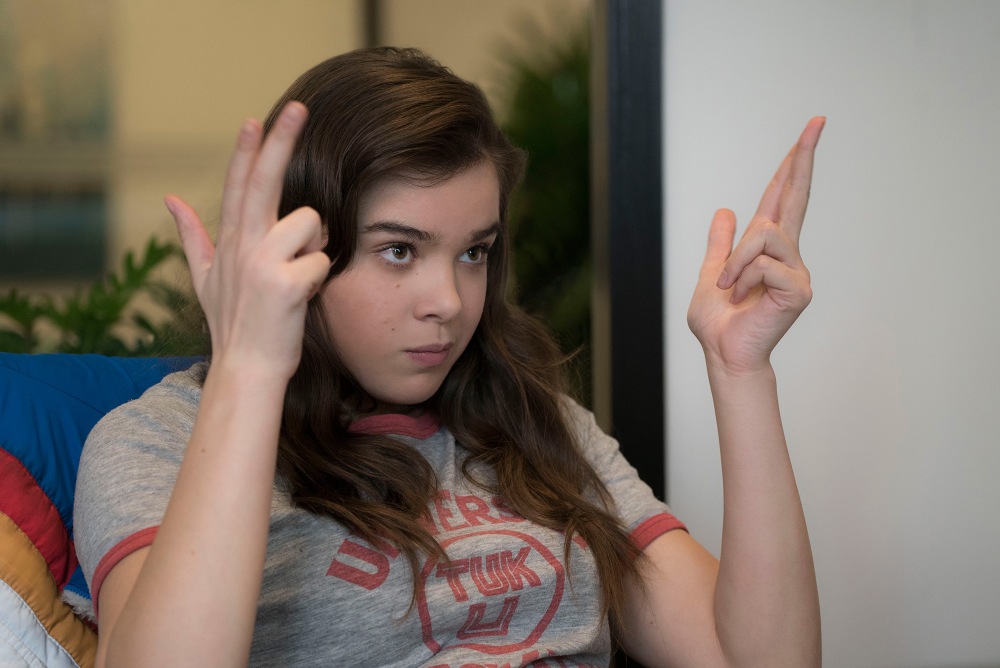 Kelly Fremon Craig directs Hailee Steinfeld, Blake Jenner and Woody Harrelson in this teen drama which is wry and raw.

Evocative of early Cameron Crowe, more than John Hughes, Edge of Seventeen is the best teen movie we’ve had in years. Amusing and honest, while avoiding the easier emotions, it has a constantly gripping off kilter feel. Teen lonliness in stereo. And while it manages to stay fun while going down some potentially dark roads, I found a sequence where our lead gets in a car with the wrong boy to be as gripping and threat filled as any action set piece this year. Perhaps the real reason I liked Edge of Seventeen quite so much is, that after half a decade since she shone so brightly in the Coen’s True Grit, Hailee Steinfeld finally gets juicy lead role to stretch her. She knocks it out of the park, making an often unlikeable anti-hero delightfully human.

Not a classic like Frozen or The Princess and The Frog, Moana is a bit too blatantly calculated yet slapdash to let you settle in and be taken back to that wondrous childhood feeling a great Disney animation effortlessly envokes. There’s just too much flashbacking and exposition in the first half for the viewer to ever settle in comfortably, the songbook is weak (though You’re Welcome and Shiny manage to at least replicate fun moments from Hercules and A Nightmare Before Christmas respectively) and it all feels like the pot luck stew of way too many cooks (Four directors? How many writers?!). I would have written the whole adventure off until The Rock’s demigod Maui arrives at the midway point and the plot suddenly forms into a recognisable shape. From his living tattoos to his infectious arrogance to his chaotic part in the decent action sequences that fill the remainder to his strong chalk and cheese dynamic with our oh so modern title hero… let’s just say Dwayne Johnson franchise viagra can even perk up the relentless Disney machine at its clunkiest.  A side note – the rooster sidekick plus vague ethnographic look and score made me hanker for a Nando’s… just me on that one?

Disappointing. Two masters take on lesser projects in what is in all but name two TV episodes crammed together to little decent effect. Both set ups are intriguing but the twists are truly weak and journey there lacking any vitality. Despite some starpower and occasional kinetic energy on display, if you didn’t already know the hands wielding the megaphones you’d quickly switch channels. 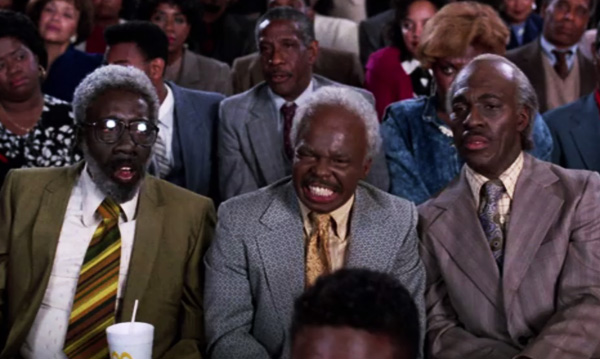 John Landis directs Eddie Murphy, Arsenio Hall and Shari Headley in this romance where an African prince travels to Queens to find his.

Whisper it… but one of the biggest and most expensive comedy hits of the 1980s is not all that funny. Sure any bits in the barber shop, nightclub and the Black Awareness rally are hilarious but equally the majority of scenes, where Eddie and Arsenio are not also playing supporting characters in heavy prosthetics, are pretty much laugh free. Perhaps this is the earliest symptom of the once brilliant Murphy misjudging his popularity and forcing himself into lead comedy roles that intentionally lack punchlines rather than him finding serious projects (as he did effectively eventually in Dream Girls)… yet more importantly it somehow doesn’t really hobble the very charmingly old fashioned romance movie that envelopes the gaggier bits here. Landis and Murphy lean towards Golden Age Hollywood alchemy – the intention here is clearly to make a black Philadelphia Story or Roman Holiday. Intention achieved. From the gently spectacular credit sequence to the pomp and physicality of the dance number in the palace of Zamunda to Murphy’s incredibly loveable fish out of water to the living room farce finale… this is how they used to make them. An outstandingly lavish yet heartwarming affair with just enough marketable Murphy foulmouth schtick to keep the avid Axel Foley fan equally sated.

Oliver Stone directs Joseph Gordon-Levitt, Shailene Woodley and Rhys Ifans in this biopic on the NSA whistleblower who discovers the US really is watching everyone, all the time.

Who would want to be a whistleblower? They risk their lives, destroy their livelihoods and decimate their reputations and relationships to bring us “truths” that we the public just shrug our shoulders about. That disconnected ennui sadly limits Snowden the movie – what he uncovers and proves is terrifying but also something most sensible people probably already suspected; the security services spy on all of us via our own elaborate tech. It is about as surprising a revelation as you cannot breathe in outer space… When we were faced with Snowden’s damning evidence, nothing massively changed in how we conducted ourselves or the silent pact we have made with the intelligence agencies of the Western Hemisphere. The stakes for him personally are high (though we never see his life threatened explicitly or even implicitly) but the outcome is fumbled. Stone seems constrained by telling a story still in motion, about a life still in the spotlight. His Jim Morrison and Jim Garrison benefited from a chunk of critical distance. He could approach them with a freedom build an exciting movie on. Here you get the feeling a regular journeyman might have churned out the same staid drama, at best a nice enough visual modern history lesson. Only the late boardroom meeting with Ifans’ shadowy CIA chief’s massive face and some slightly trippy epileptic attacks have any of that Olly inventive mastery shown in the 80s and 90s. And this should all be paranoid bait for his hungry fish mouth. Still there are plenty of stars dotted around to keep it trundling along. Woodley has a nice chemistry with our eponymous hero, Nicholas Cage seems to be entering a similar stage of his faltering career as late period Dennis Hopper – managing to be a freak yet paternal, all American yet out of time, in just a few choice scenes (a positive development). And Gordon-Levitt as always is excellent, he saves the movie with a tight, simple central performance. Imagine what he could do given an exciting script? 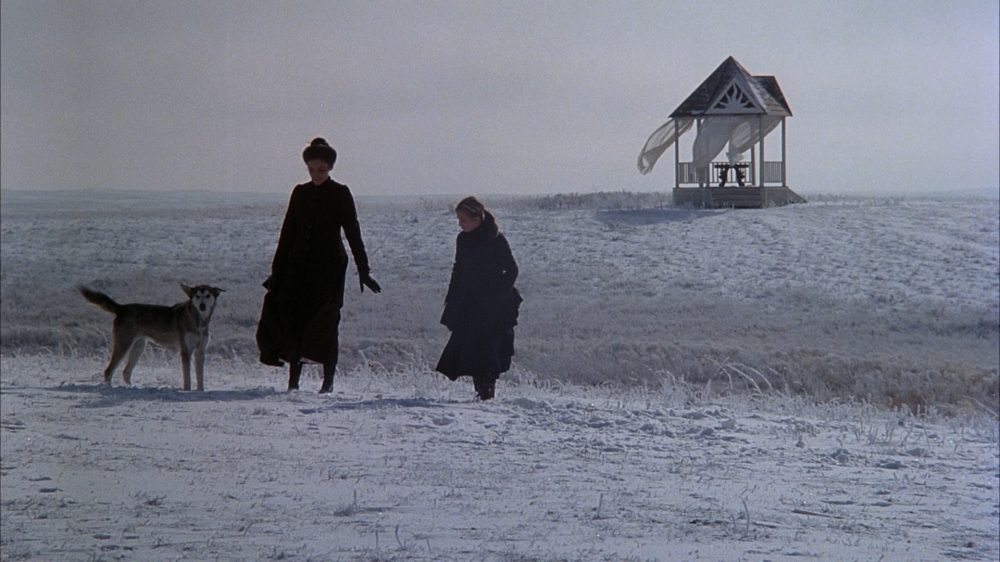 Terrence Malick directs Richard Gere, Brooke Adams and Linda Manz in this almost fabulist story of a farmer who falls for a poverty stricken worker, despite suspecting her “brother” is really her lover.

Set exactly a century ago, Malick cautiously explores his house style of making his humans’ interactions seem insignificant to the beauty of landscape and the obliviousness of nature. Here a simple pastoral love triangle is leant painterly beauty and a languid, almost discordant, adolescent narration. It has the feel of both a painstaking labour of love and yet also an effective improvised energy. You’ll struggle to find a more gorgeous film, certainly not one about grafters and grifters rather than upper middle class consumers. Just magical, possibly the often Marmite auteur’s best.

Kurt Neumann directs Vincent Price, David Hedison and Patricia Owens in this atomic sci-fi horror about a scientist who accidentally fuses himself with a bluebottle.

Nowhere near as totalitarian in executing its concept nor as gorily unpleasant as Cronenberg ‘s 80s remake, this often straddles the perverse fence of being both campily dated and remarkably inventive for its time. A certain hysterical hopelessness pervades it that outlives mere cheap jump scares. The mystery that bookends the slight tale of a scientist who buzzes too close to the sun is a smart play and the FX are quickly effective when glimpsed. Price, especially, but Owens also, are charming leads – much like Goldblum and Davis would later prove to be in the superior update. 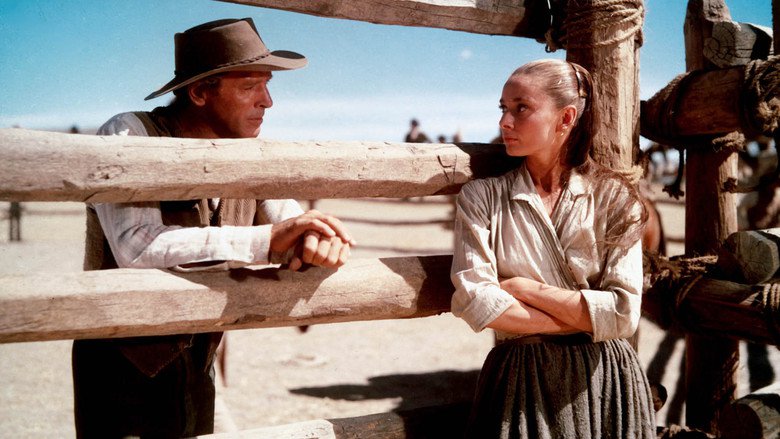 John Huston directs Burt Lancaster, Audrey Hepburn and Lillian Gish in this western drama about a cattle family who have to defend their adopted daughter from both native and townsfolk attacks when rumours spread that she may not be white.

Alluding to themes of predjudice, incest and manifest destiny, but with any intensity lost to a meandering soapiness, this proves to be merely a decent way to waste an afternoon. None of the starry cast put in their best shift though Hepburn exudes a surprising sexiness often smothered in her cutsey-ier turns and Gish, as the slightly barmy matriarch, does things admirably her old school way. Huston loses his usual economic grip on the story and emotions but pulls off a couple of great action sequences (a chase through the fog, maybe smoke, midway is visually arresting) and Durango, Mexico has some stunning landscapes.