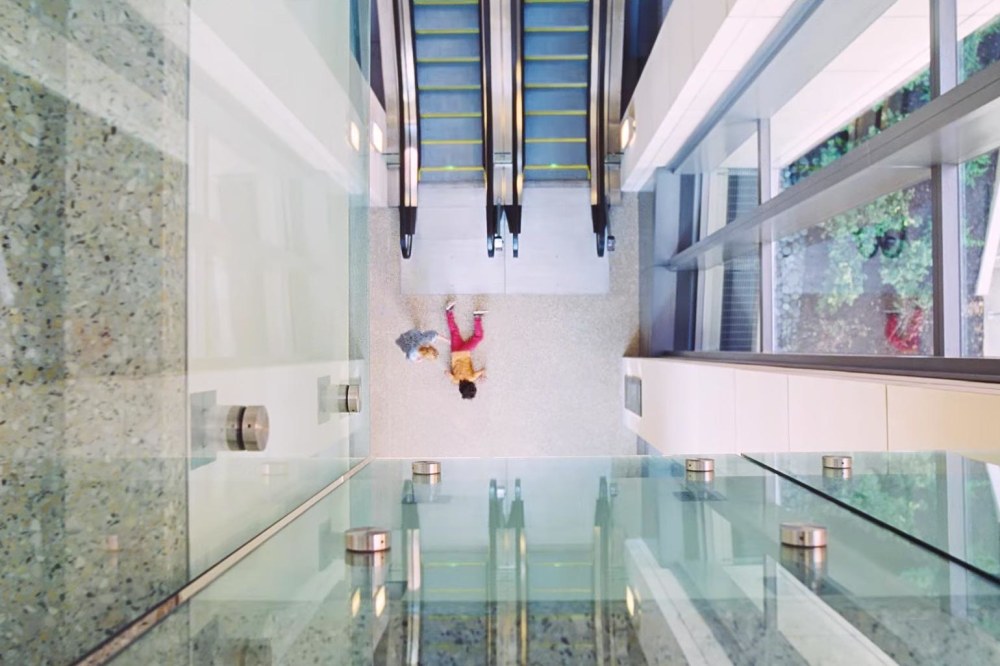 Yorgos Lanthimos directs Colin Farrell, Nicole Kidman and Barry Keoghan in this existential thriller about a heart surgeon whose family comes under threat from an ingratiating teenage boy and a seemingly mystical curse.

Chilling, eerie and deadpan. While Lanthimos has far more pleasure in slowly drip feeding us the stakes than delivering on any conclusions, this will still haunt you in an arthouse safe kinda way. Like Funny Games mixed briskly with a fairy tale.

Taika Waititi directs Chris Hemsworth, Mark Ruffalo and Tessa Thompson in this sci-fi comedy where the banished superhero Thunder god finds himself teaming up with the Hulk, a drunk Valkyrie and his always treacherous brother to take down the God of Death.

Jaunty but forgettable instapop nonsense. Waititi bring some cracking gags and a vivid sense of colour to Marvel’s dullest mythology. But also a bittiness that means it often feel like you are watching a sketch show rather than a grand adventure narrative. Plus points – loads of beautiful design, its the kind of film where even the one shot extras look like the greatest action figures ever, a nice hour of The Hulk, glitching Jeff Goldblum, Tessa Thompson has fun while her star rises. Negative penalties – Loki has been overused and played out, I’m struggling to remember an action sequence, all the checking back in with Cate Blanchett’s Hela… where… nothing… happens… slowly… There is an hour without the Hulk. As a one off entertainment this delivers. More Hulk please. 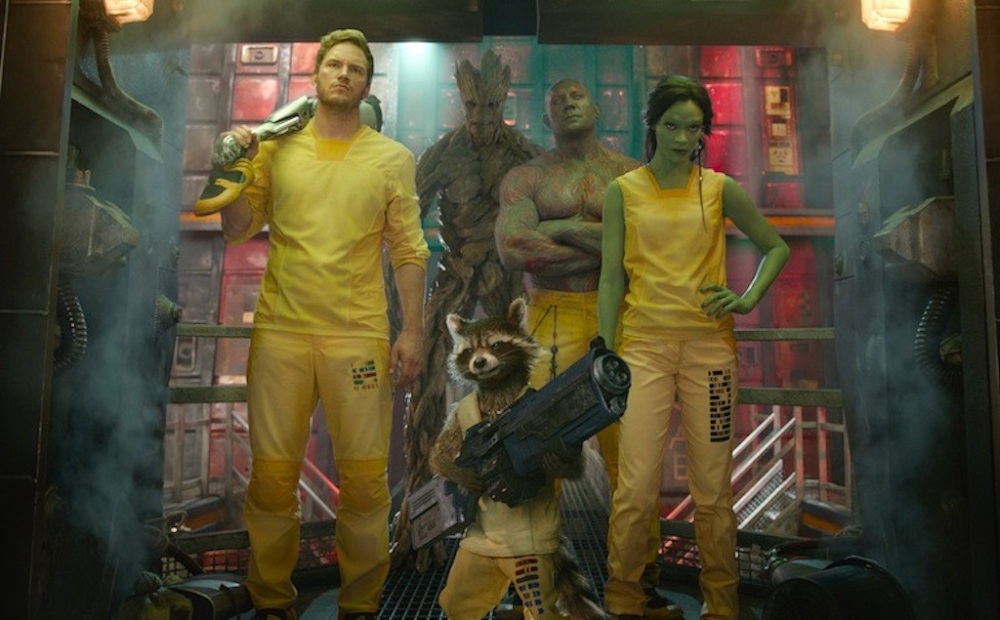 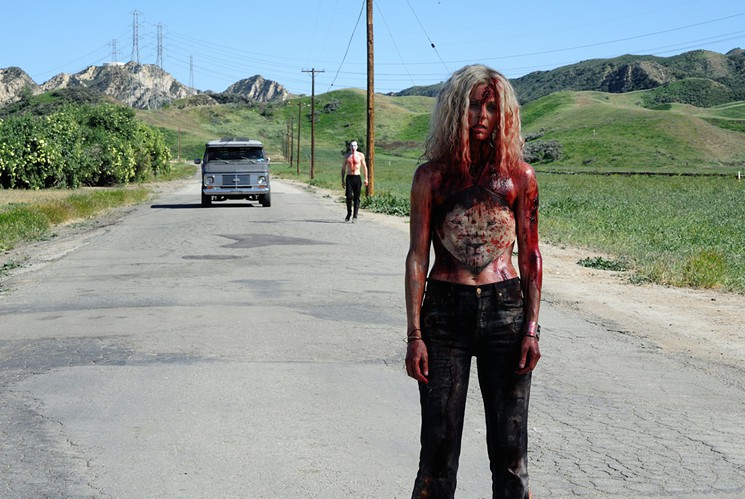 Rob Zombie flicks shouldn’t work. They invariably star his wife, who while an enthusiastic performer, unsurprisingly never seems to find work outside her husband’s batshit mental oeuvre. They lack restraint and imagination, happily churning up hardcore grindhouse imagery with such sleazy gusto that the artless overkill becomes charming. He couldn’t write a likeable character if he tried. Even horror fans sneer at him, and they’ll champion any old shit. Yet I’ve enjoyed every single one of his calculated demented noise and gore poems. What he lacks in originality and subtlety he more than makes up for in thrills, spills and senseless killings. I mean, sure, there probably are earlier films where a midget clown covered in swastikas menaces his prey but who has time to find or watch that whole boring cheapo. Zombie borrows the concept, uses and abuses it for 10 effective minutes, moves on to the next piece of exploitation imagery. He digests all the random, unwatchable nasty that’s out there down into a slightly better made, slightly more palatable entertainment. And this one has a great villian turn from Richard Brake. His Doom-Head killer is shocking, convincing and terrifying. In genre terms, I think we have witnessed a new star be born. 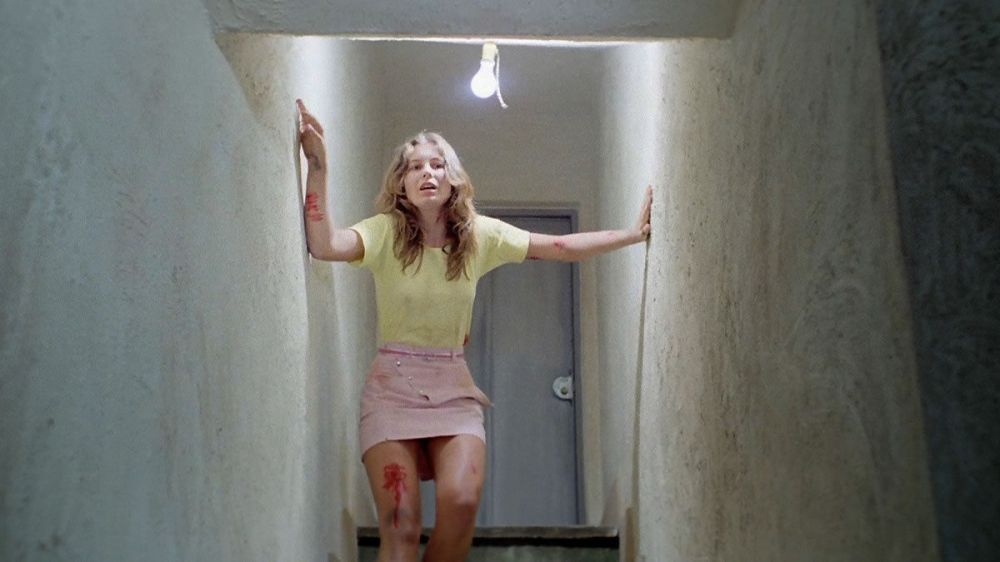 Dario Argento directs Anthony Franciosa, Daria Nicolodi and John Saxon in this violent giallo slasher where a best selling author finds he is embroiled in a series of grisly murders.

Perhaps Argento’s purest movie – this has all the elements you crave. Unbelievably beautiful women introduced haphazardly from nowhere just to be murdered? Check. A devil may care attitude to cohesive narrative? Check. An unguessable whodunnit mind game? Check. Slash and stalk sequences so patiently cruel and abstract in their cinematic execution they feel more like modern art than gory titillation? Check. The Goblins on hauntingly discordant background synth? Double Check! Deadly dogs. All the checks!!! While still a constantly bonkers discombobulating experience this somehow manages to be Argento’s most accessible take on his themes and distinctive brand of imagery. Tons of fun. 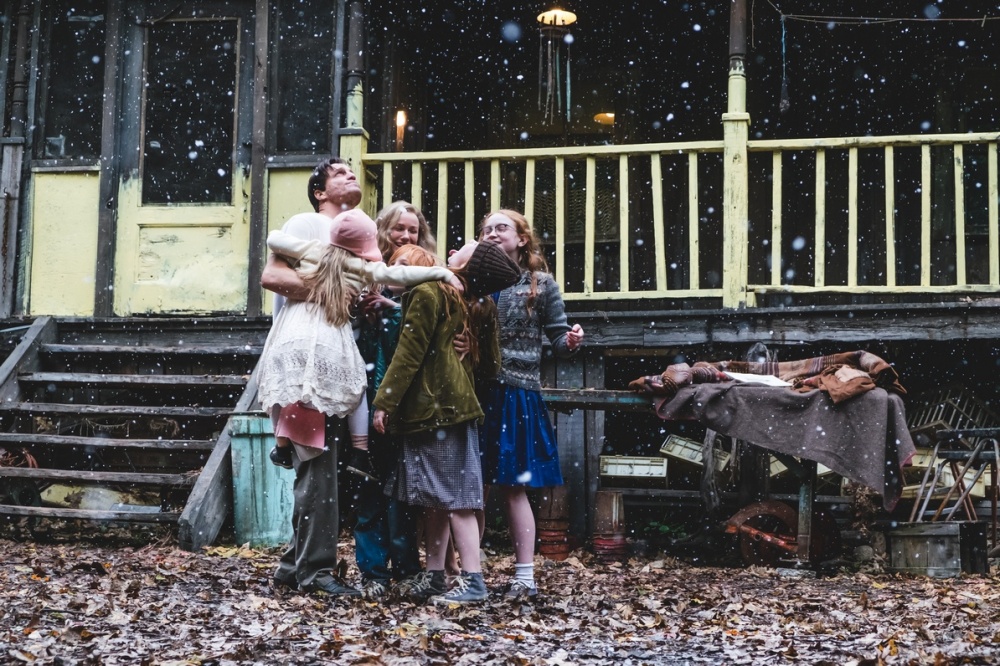 Destin Daniel Cretton directs Brie Larson, Woody Harrelson and Naomi Watts in this true tale of a daughter’s harsh memories of her unconventional upbringing in enforced poverty and her attempts as a yuppie adult to avoid allowing her estranged parents back into her life.

A well made, well intentioned movie that has had some of its steam stolen by the far more colourful and affecting yet similar  Captain Fantastic released last year. As a vehicle for Larson it stalls. Her mediocre yuppie character arc lacks warmth and she comes across ill defined in her actions. This leaves Harrelson to steal the show, in a career best turn that salvages the film entire. Utterly charming when he eloquently rages against the machine, compellingly energetic when his mania turns to heart breaking abuse. I’d give him all the Oscars and Globes and BAFTAs this year, if it were only up to me.

An old school treat this; fuelled on star chemistry, impressive locations and a persistent sense of threat. Thoroughly gripping and a perfect showcase for the always loveable Winslet and Elba. If this were a hit we could have happily settled into seeing them become the Hepburn and Tracey of the 21st century. We’ll just have to enjoy this crackling pairing on repeat a few times. 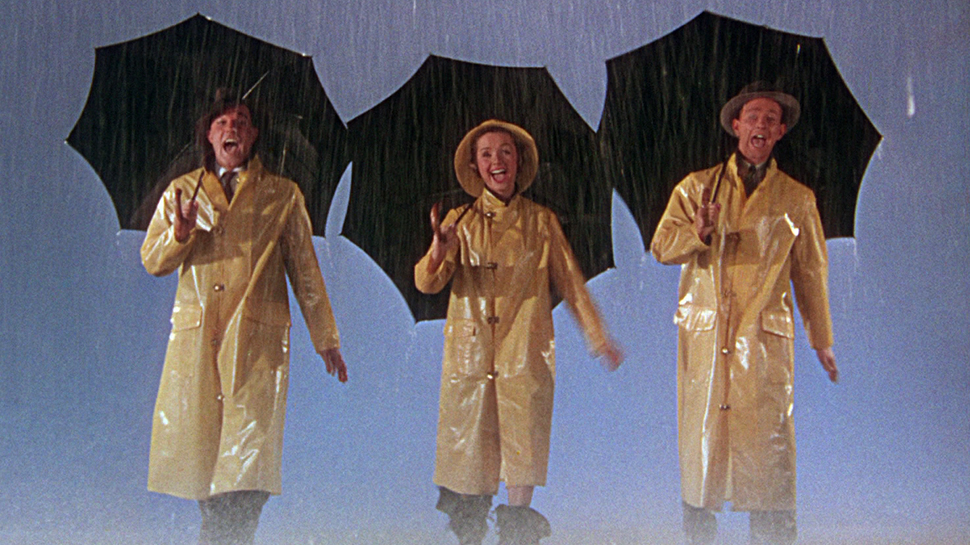 Stanley Donen and Gene Kelly direct Gene Kelly, Donald O’Connor and Debbie Reynolds in this classic musical about silent movie stars trying to save their latest movie and careers when the advent of sound cinema instantly makes them a laughing stock.
Timeless movie magic – full of charm, invention and gentle wit. Part of the reason this backstage Hollywood romance loses none of its sparkle is it was already a period piece itself on production. Harking back just twenty years means it gifts itself a degree of immortality compared to other now creakier 1950s productions. Donen and Kelly allegedly salvaged every secondhand song, set, prop and costume they could get their mitts on and threw it all up onscreen into this perfection confection. Debbie Reynolds is the only fresh ingredient.  And what a blitzkrieg of fun it is, the enthusiastic pace never relents. Packed to the rafters with vaudeville comedy, sweet optimistic interactions and shakingly smart music numbers. Good Morning and the iconic title track are perfect visuals matched to beautifully upbeat songs. Watching Kelly joyfully kick about in puddles is a transcendent experience for even the most jaded gorehound.  And then he gets one of those naive big finale ballet piece that he loves. There’s something so skilful but unguarded about his aesthetic and talent. When it comes to craft, unashamed brightness and star power then Kelly truly is the best that Golden Age Hollywood had. This is his glimmering pinnacle.

Ruben Fleischer directs Jesse Eisenberg, Danny McBride and Aziz Ansari in this action comedy about a pizza delivery driver forced to rob a bank when scheming idiots put a bomb around his neck.

I remember reading an essay length article on the true story this ridiculously annoying film is based on. I remember thinking John C Reilly would make an excellent lead for the tale of a sad sack loser who the authorities weren’t sure was truly at threat from the bomb around his neck… even after the bomb went off, killing him. That would have made a gripping drama – a sort of Dog Day Afternoon meets Speed. Instead we get a lacklustre Eisenberg surrounded by the brashest of “comedy” support. Fucking Nick Swardson is in it. Only Kevin Hart could make matters more detestable. Tone deaf and dumb from start to mericifully short finish. Ugh. Ugh. Ugh. 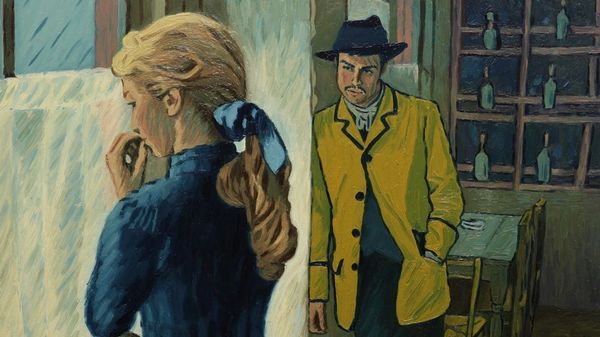 The first fully oil painted animated film. Quite an admirable achievement. And that’s pretty much where the praise ends. A dull Citizen Kane retread with no real puzzle to solve. Most of the voice performances seem disconnected like ghosts from the slow moving images onscreen. It is probably the the first and last Saoirse Ronan flick I’d never try again. One bright point is Eleanor Tomlinson, who manages to make more of an impression than the bigger names in the cast. She is at least flirtily memorable as the innkeeper’s daughter. 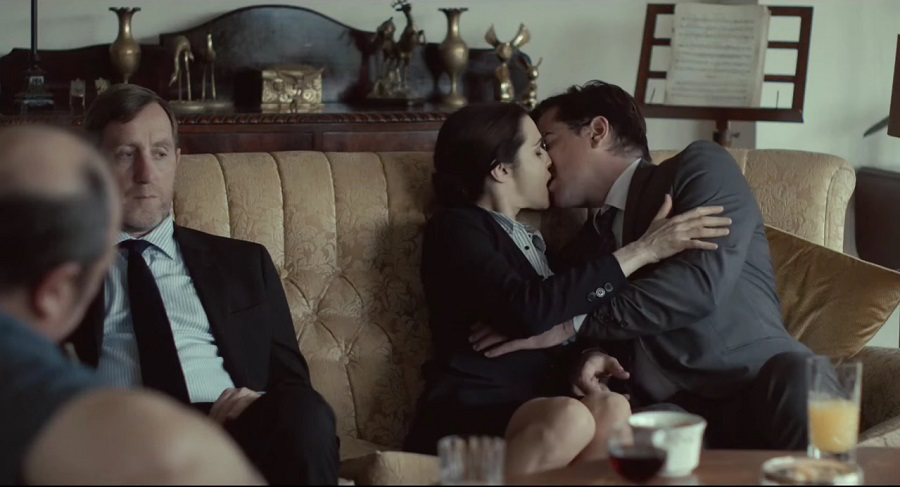 Yorgos Lanthimos directs Colin Farrell, Rachel Weisz and Léa Seydoux in an absurdist dystopian black romantic comedy about a divorcee who has a limited time to find new love or he will be turned into a lobster, a creature of his own choosing.

A rich black comedy full of character actors you love, delivering deadpan turns in a truly unique situation. Everyone is better off from being involved in such a sharp, bleakly involving satire. Laugh out loud funny, emotionally disturbing and with some keen observations on the meaning of love and loneliness. I’d be a hummingbird.