Franc Roddam directs Phil Daniels, Leslie Ash and Mark Wingett in this Mods versus Rockers teen drama based on an album by The Who.

It starts grainy, grim and gangly… making facile points, with unfocused unlikeable characters, played with an amateurish roughness. But it gets better… the Brighton riot sequence really throws you into the action and the closing stretch of alienation and dejection is captivating. Maybe as finally The Who’s music dominates the soundtrack after 90 minutes of teases and whispers. Maybe as Phil Daniels’ inarticulate tough, wanting to rebel, wanting to belong, finding no solace, gets to react silently to reality. My Dad loves this film… it is his era recreated and filmed around his old Shepherd’s Bush stomping ground. Even telling him on the phone we watched it again inspired him to tell us about a fight he got into at a pie mash shop used as a location. While lacking Tommy’s shamanistic power, there are inspired touches. Showing the epilogue to the ambiguous final shot at the very start, Sting’s dancing and any bit with podgy Ray Winstone. “Don’t matter who you are or where you go. There’s always some cunt with stars and stripes on his arm telling you what to do!” SMASH CUT “Quiet please!” 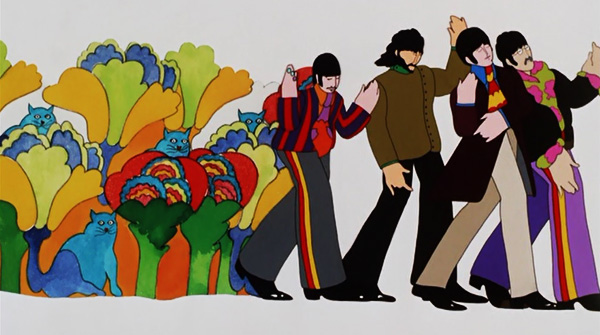