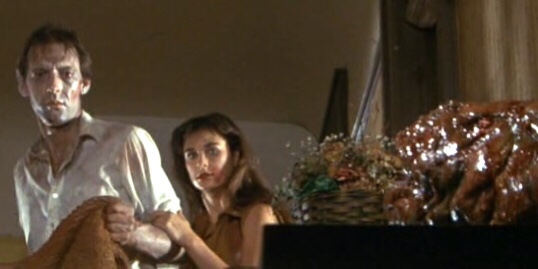 Charles Band directs Robert Glaudini, Demi Moore and Al Fann in this sci-fi horror where an infected scientist ends up in a small town at the end of the world.

My second Charles Band experience this week after the equally awful Arena. This is a mildly quirkier film but no less uninspired. It is a lot more bargain basement – a spaghetti Mad Max with none of the stunts, action or punk verve. The roving gangs are pretty harmless and aimless. A lot of the film is just folks bartering and chatting about their lot after a slow disintegration of civilisation. You almost get the feel everyone forgot there’s a monster brewing in our hero and his thermos. It is eventually unleashed to no great consequence.