Beverly Hills Cop is part of my DNA. A movie that takes me back to my childhood, that feels like one of my true measuring sticks to everything entertaining that comes after it. It is a pretty cynical, executively mandated vehicle, yet it works perfectly. All movies in the mid Eighties had this kinda hero. The wisecracking working joe. Smartest guy in the room, keen on pranks and improvising fake personas, sticking it to the bad guys and authorities with a witty insult, occasionally winking to camera when a plot cliche was essential. Irwin Fletcher. Pete Venkman. Mahoney. Axel Foley. Eddie Murphy is fierce in this. Fantastic in 48 Hrs and Trading Places but those were double acts, this is his sole fucking movie. Every sequence has space for him to breakout and improve the script – and he does. Every montage feels like a good friend sharing the weird shit he saw out and about that day, through the filter that we and Eddie conspiratorially know exactly what shit we find ridiculous. Two men, black and white, wearing matching yet inverted leather jumpsuits. HUUUHHH -HUHHHH- HUUURRHHH- HURRRHHH! BHC is a warm film made for working class people where the grafter takes down the big boys, were we get to treat the posh and powerful like the freak show they are. That doesn’t need to be a fantasy. The soundtrack is post-Motown, post-Disco banger after banger. The Pointer Sisters! Glenn Frey! Harold Faltermeyer! The sheer big dick energy of the tunes, the summer of 1984, the good time sonically defined. The thing is so beautifully cast that it is hard to pick out a best support character. Bronson Pinchot’s absurdly self-important art gallery assistant Serge? Jonathan Banks’ slouching killer? Real life police inspector Gilbert R Hill as Axel’s fatherly but foul mouthed superior? Damon Wayans one-shot camp fruit buffet server? It has to be the odd couple cop double act of Ashton and Reinhold though. They do deadpan banter, they do slapstick. There is so much great shit packed into this film. Even the Reagan era standard of a comedy ending in a 1000 cop cars crashing into each other feels fresh. This is a machine tooled product, yet Murphy with his support ensemble sneak a vibrant soul into it. A standard bit of kit, a suit’s creation, that transcends its committee design and becomes one of the greatest night’s in you can have. And the reason is… Eddie Murphy. 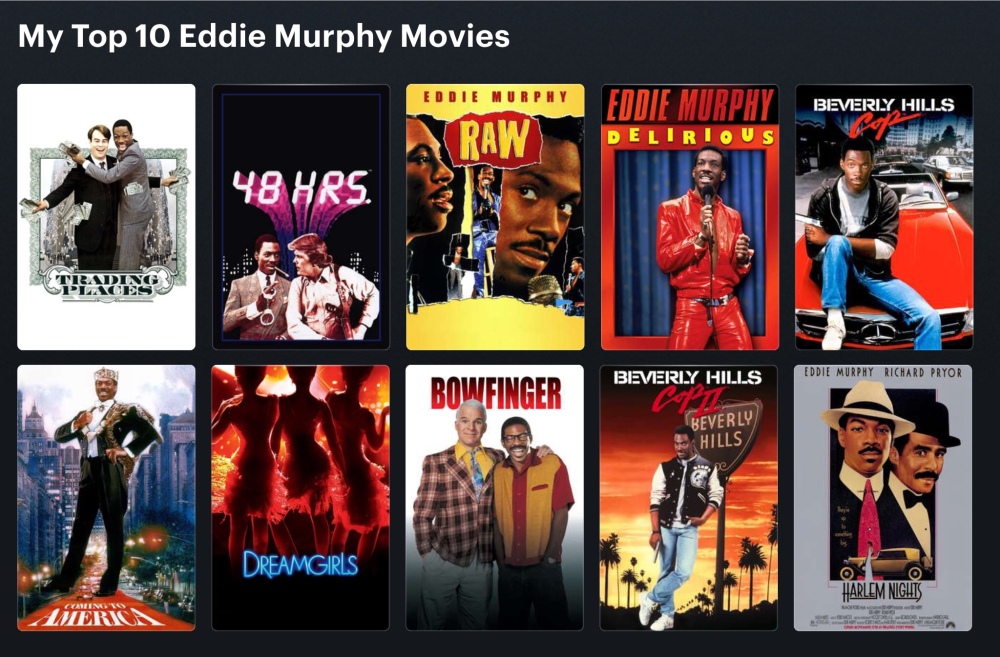