Hal Ashby directs Jack Nicholson, Randy Quaid and Otis Young in this poignant comedy where two navy lifers must escort a young kleptomaniac to a harsh sentence in military prison across the States.

1) I tried watching this twice before over the last 20 years and never made it past the first half hour where nothing seemed to happen. Late night too, which really didn’t work in this loose film’s favour. I now realise that like Once Upon a Time… in Hollywood or the first few episodes of a good sitcom you need time to marinate with these characters before you find them funny. Before you care. So what seems wasteful, eventless and directionless at the start invests you into the three men’s differences and eventual camaraderie. Third times a charm as once I got over that hump and hung out with this trio a bit I truly related to them and wanted them to break free of the shit detail they were putting off but always moving towards. 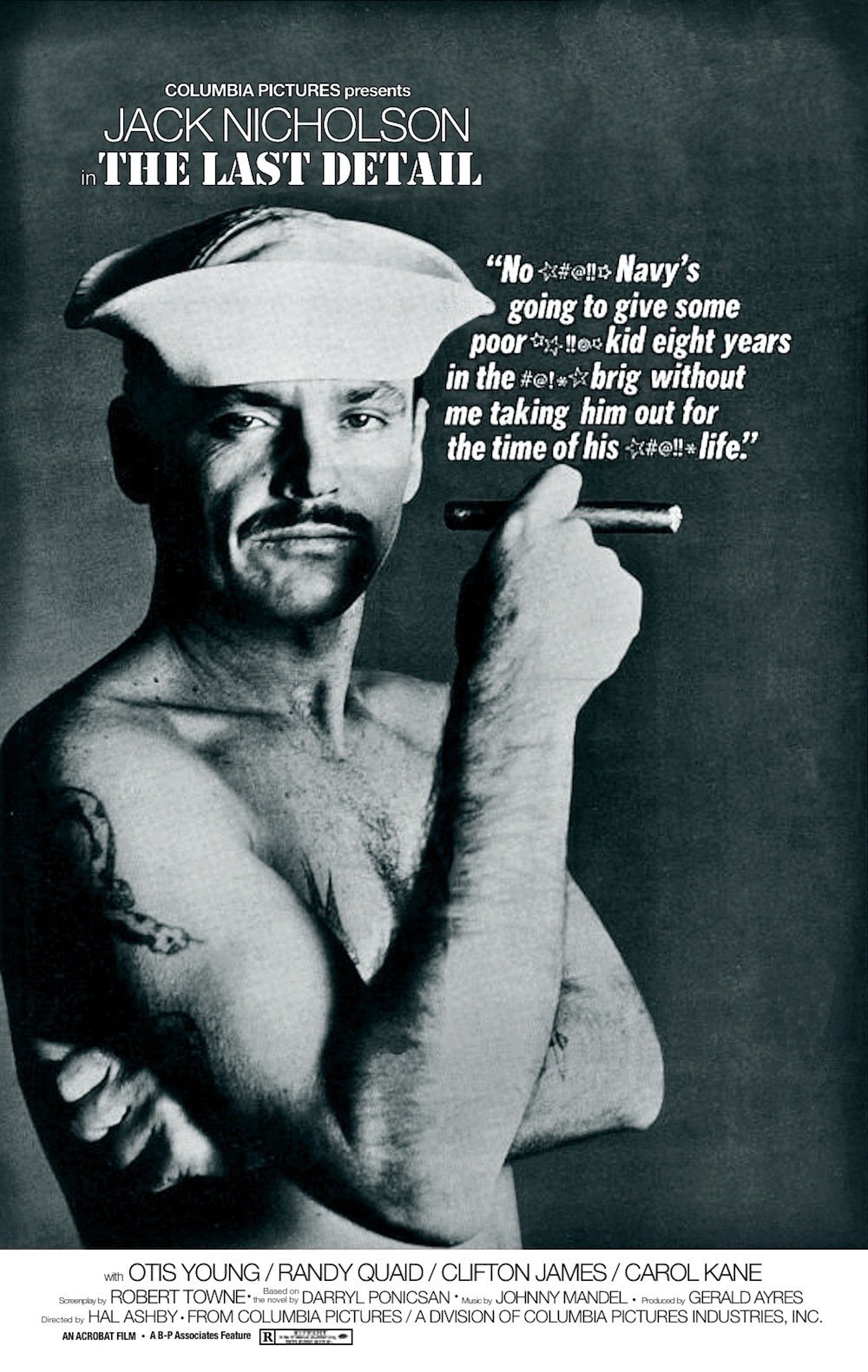 2) The word “fuck, and all permutations of it, are said sixty-five times. This was a record in 1973. The script by Robert Towne sat on the shelf in Hollywood for three years until attitudes about on-screen profanity became more relaxed. They filmed two versions of nearly every scene so that it might eventually be broadcast on TV.

3) This is one of Jack Nicholson’s most relaxed, subtle and generous lead turns. He lets Randy Quaid’s hulking innocent take the limelight. When they go to the world’s most depressing cathouse you don’t care what Jack is up to. And I could watch Nicholson read magazines in a brothel waiting room for an entire 7 season boxset.