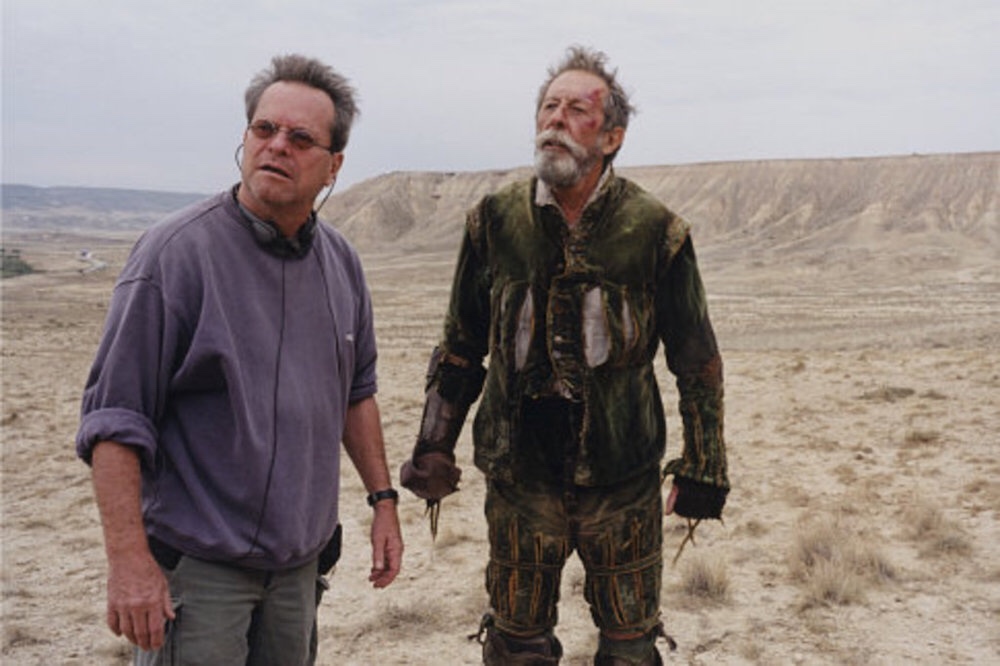 When this ‘unmaking of’ was first released, we all viewed it as a humorous shambles. The series of bad luck occurrences that compounded to derail a Gilliam movie. He’d been there before with Brazil and Baron Munchausen… classics were finally born from those troubled production. This time we got an aborted project… we learnt what a gamble movie making is outside of the studio system. A few compromises and you no longer have any flexibility in your shooting schedule, a few acts of god and you no longer have a film. 15 years down the line and a version of his The Man Who Killed Don Quixote has finally been made, different cast, smaller scale… inaccessible currently to the average UK film fan. But on rewatching the first stumbling try, you realise the true tragedy unfolding is not that one story Gilliam attempted to tell was shuttered but that it was his reputation was destroyed. The Python animator had been one of the key visualist of my childhood. From Holy Grail to Fear & Loathing he produced grand, ornate, grotesque mega budget celluloid cornucopias. Since Jean Rochefort’s hernia, he has muddled about in lower budget messes and defanged studio projects. The appetite to fund his visions disappeared over those ten chaotic, uncontrollable days of non-shooting. The trust in him to deliver another 12 Monkeys or a Fisher King or Time Bandits by the money men vanished. His movies no longer make bank, his movies no longer had the resources to align his unique visual sense with a mainstream audiences’ quality control. We didn’t know it then but Lost in La Mancha isn’t about one movie not completed, but the genius permanently crippled.