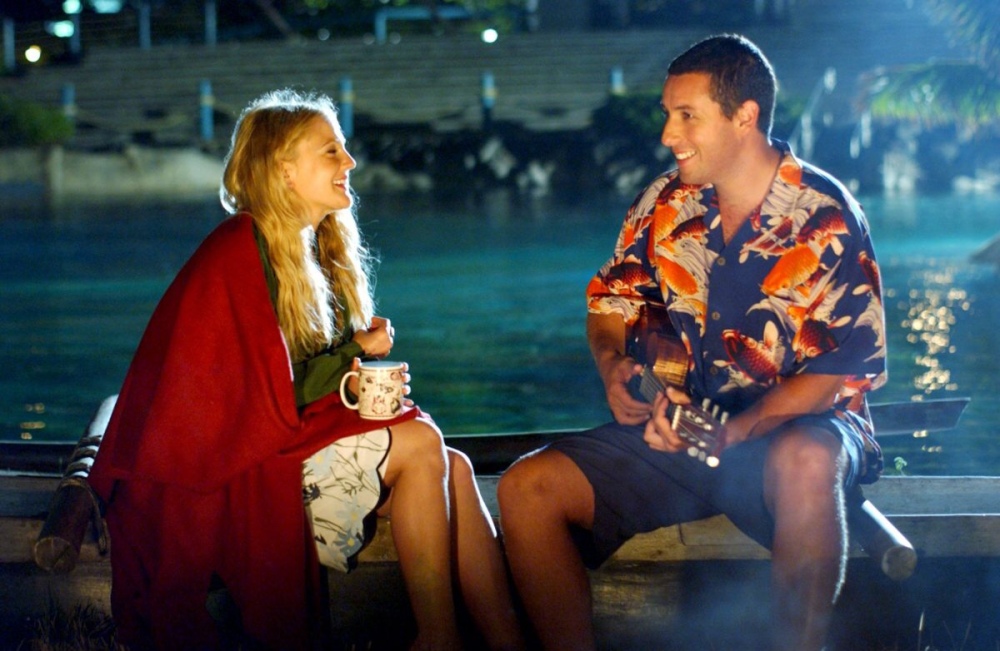 Peter Segal directs Adam Sandler, Drew Barrymore and Rob Schneider in this romantic comedy about a commitment shy zookeeper who falls for a woman who loses her short term memory at the end of every day. X

A genuinely lovely romantic comedy – brimming with brightness, great Hawaiian location work and a medley of steel drum covers of 80s classics. Sandler dials back his broadness (leaving the coarser, bigger gags to his honed menagerie of regular support players and trained animals), leaving an eager sweet fall guy. Barrymore is the star though. We know this pairing works like biscuits and milk. The Wedding Singer had already proved that. This is the one collaboration where Barrymore gets the best lines and the goofier action. Her constantly resetting dream girl feels like a far fuller creation than laddish comedies usually cater up. Though in fairness Sandler’s productions always treat his romantic leading ladies like queens. They have a Hawksian attitude to the top line girls – they are smart, capable, self aware, glamorous yet attainable. Essentially in Adam Sandler’s silly, shouty yet likeable universe wooing the lady is the ultimate prize. When he’s cast next to Drew Barrymore it’s hard to disagree with that goal. This will make you laugh, make you smile, even on your fiftieth viewing. 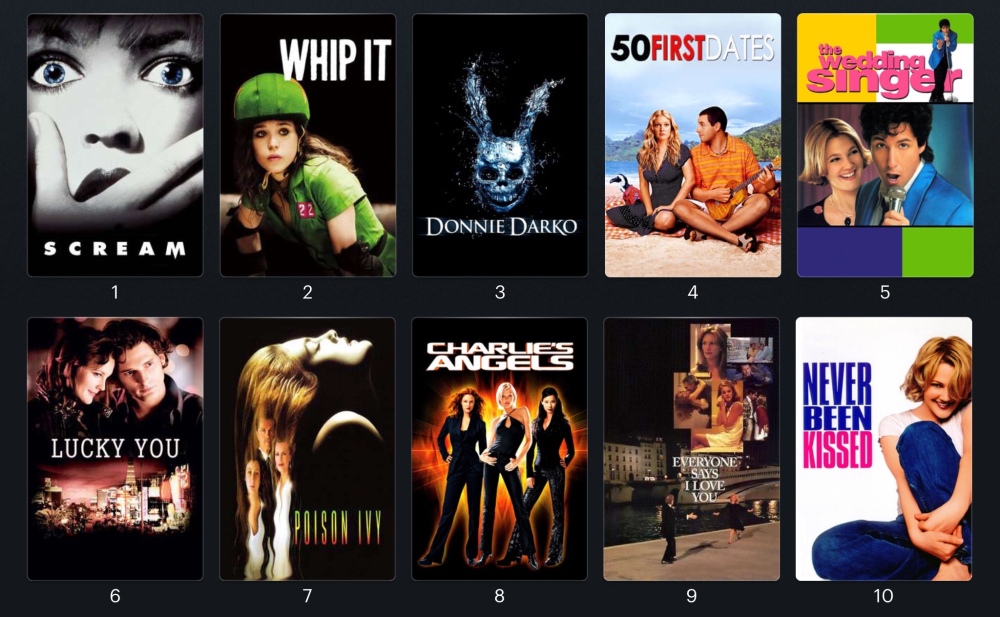