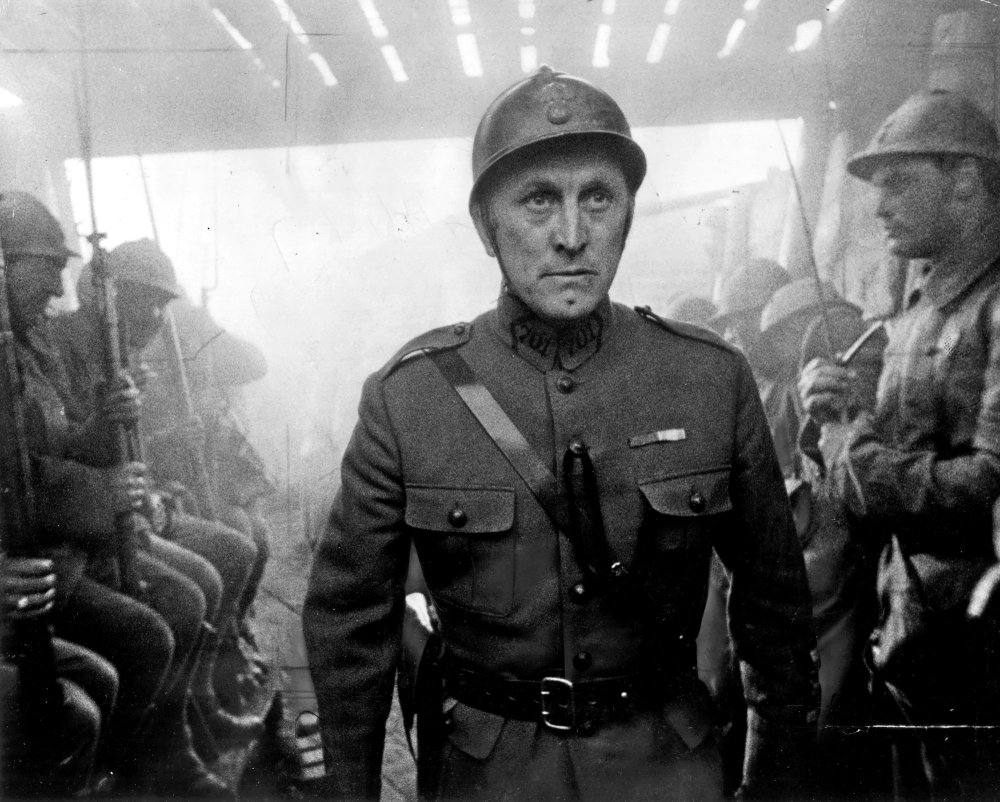 Stanley Kubrick directs Kirk Douglas, Adolphe Menjou and Ralph Meeker in this WWI drama about the arbitrary execution of three soldiers for cowardice after the failure of an improbable assault.

The gorgeous long tracking shots (the ones in the trenches you’d swear were achieved with a steadicam). The exploration of dehumanisation. The fatalism of rigged game unhappy ending.  The characters defined and dwarfed by their environment. The detached wry subtlety of the humour. This has a whole bunch of what you’d expect from a later Kubrick masterpiece but it is still tellingly a director finding his style. Touching on themes that interest him rather than having the freedom to fully give the movie over to them. Any other director and this would be their finest work though. A tight wartime drama, convincing and superbly acted. Some of the shots are so intricately composed they would be high points in any other auteur’s oeuvre. Not our Stanley. The only moment that feels truly his, rather than prescribed by producers Harris and Douglas, is that coda. The jeering soldiers taking a respite from oblivion in a bar, shaken back into feeling by a scared German girl’s song.