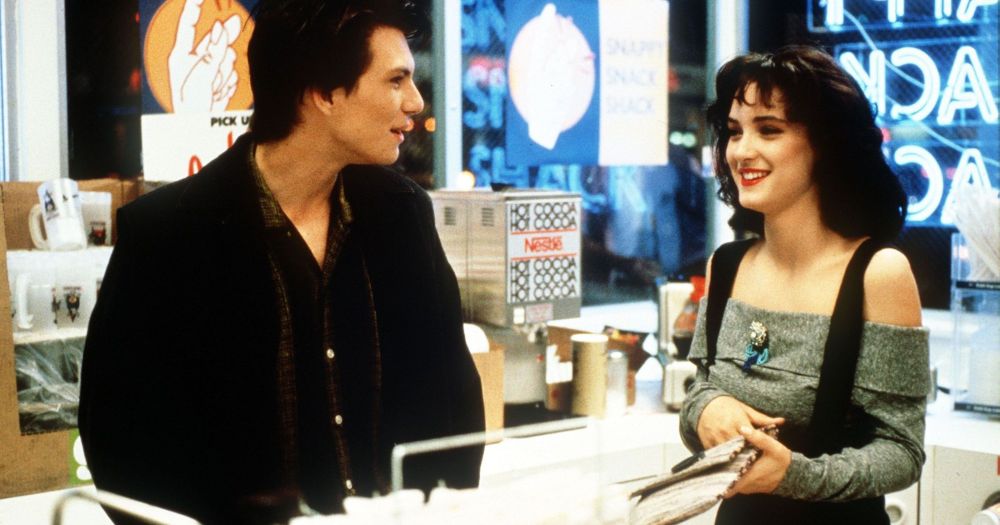 Michael Lehmann directs Winona Ryder, Christian Slater and Lisanne Falk in this black teen comedy about a trio of bitchy school bullies, a serial killer cool kid and the girl caught in the middle of them.

With its vibrant primary colour palette, razor sharp dialogue and sexy, threatening performances Heathers is an easy movie to love. Ryder makes for a winning lead (convincingly smart yet naive as the plot needs her to be) and her chemistry with Slater’s manipulative bad lad is smoking. The ecosystem of the school is captured perfectly too. An intentional recipe of three parts satire, one part condemnation. No tribe of children or adults gets away unscathed from Lehmann’s and screenwriter Daniel Waters’ skewed vision. You get the feeling even the background characters have been conceived to be presented as more complex than their chosen stereotypes. The nastiness of the film, both psychological and the violence, motors the entertainment. Horrid behaviour. Excessive retribution. The film easily slips into the visual mode of horror when it wants to grip you. Heathers straddles the no man’s land between John Hughes dramedies and Scream shocks. Tone and timeline sync up perfectly for it to act as the crossover point. A nexus point between teen classics. It meanders a little getting to the third act but the finale is taut and explosive. 30 years still young.