Peter Faiman directs Paul Hogan, Linda Kozlowski and Mark Blum in this romantic comedy where a sexy journalist and a charming Aussie preservationist (possibly also poacher) explore each other’s worlds and try not to have ridiculously tanned sex together before the third act.

A perfectly average 80s fish out of water comedy. These all feel dated now, as the humour, being inherently based on clashing stereotypes, grates with modern identity politics. But you can’t deny the romantic sweep and sharp wit of the subway station finale, one of commercial cinema’s best ever closing set pieces. You can tell this movie knows it has dug up extremely rare plunder too, freezing to end credits the millisecond the lead couple are satisfyingly back in each other’s arms. You will ache from the smile this smart topper leaves you abruptly with. Add to that a beautiful seductive score throughout, good location work in both the Outback and Manhattan, a smattering of decent gags… Average mediocrity has never aged quite so well.

Young(ish), cusp of super stardom, Harrison Ford romance actioner filmed through a Vaseline coated lens. Fluff that wants to be Casablanca, then Catch-22, then The Great Escape. The first and last strands have their tender and their thrilling moments. Lesley-Anne Down matches the big name in period dress up sexiness. Ford points his finger when talking. How else do you want to kill an afternoon?

Geoffrey S. Fletcher directs Saoirse Ronan, Alexis Bledel and James Gandolfini in this indie crime comedy about two cute, underage besties who just happen to kill people – their “one last job” together being a nice, fatherly gentleman who seemingly wants to die.

Violence and twee, ironic and touching. A muscular cast is wasted trying to mix these unmarriable concepts. 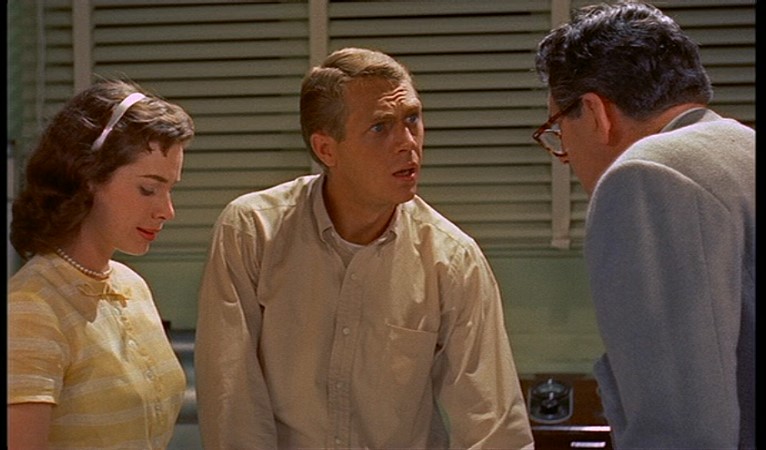 Irvin Yeaworth directs Steve McQueen, Aneta Corsaut and Earl Rowe in this sci-fi horror about an alien goo that increases in size every time it melts and absorbs a living thing.

Better than it has any right to be. Quaintly shocking. Even if ‘teen’ Steve McQueen dashing about town like the boy who cried wolf is given way, way more screen time than any memorable Blob nastiness.

My sister and me used to be in hysterics whenever we watched the sequence where Bill Murray is beaten up and abused by Carol Kane’s surface cutesy-wootsy Ghost of Christmas Present. That and a few glaringly tightly scripted farcical sequences aside, Donner shows zero flair for comedy direction. He’s a blockbuster kinda guy, the production has been overinflated with cameos, stunts and model work to match that. Classic Bill Murray grinching, spirited support and a feel good sing song finale cover up the fact that this has many more bulky FX than effective jokes, more scale than heart. Still, Murray suits the OTT production like butter suits toast, his perfect casting keeps the whole carnival train tightly on the rails. Considered a misfire on release, it has aged well. Turkey curry, chunky yet satisfying, ready to be devoured like the best leftovers ever.

John Hughes directs Steve Martin, John Candy and Laila Robins in this warm road comedy about a highly strung executive struggling to get home for Thanksgiving and the shower curtain ring salesman who he can’t seem to shake off.

A throwaway comedy I never saw in its entirety as a kid, bowled me over at the Filmhouse members festive screening. Loads of hilarious set pieces abound, with both Martin and Candy revving their engines and racing neck and neck with each other to steal the show. Hughes, as with his teen classics, reveals depths to their broad archetype characters that gives the whole zany odyssey a sheen of emotional maturity, rare for this form of ribald farce.

Steve Kloves directs Dennis Quaid, Meg Ryan and James Caan in this borderlands crime drama about a man trying to ignore his criminal childhood, despite his father, a young grifter and a pretty yet damaged waif interjecting themselves into his solitary existence.

A neat little neo-noir, stronger in atmosphere and character than when it tries to tame all its wild plot horses into one cohesive corral. The Jim Thompson-esque grifting lifestyles are well realised, the starry cast doing their best to make their high end profiles fit into the dust and desperation. 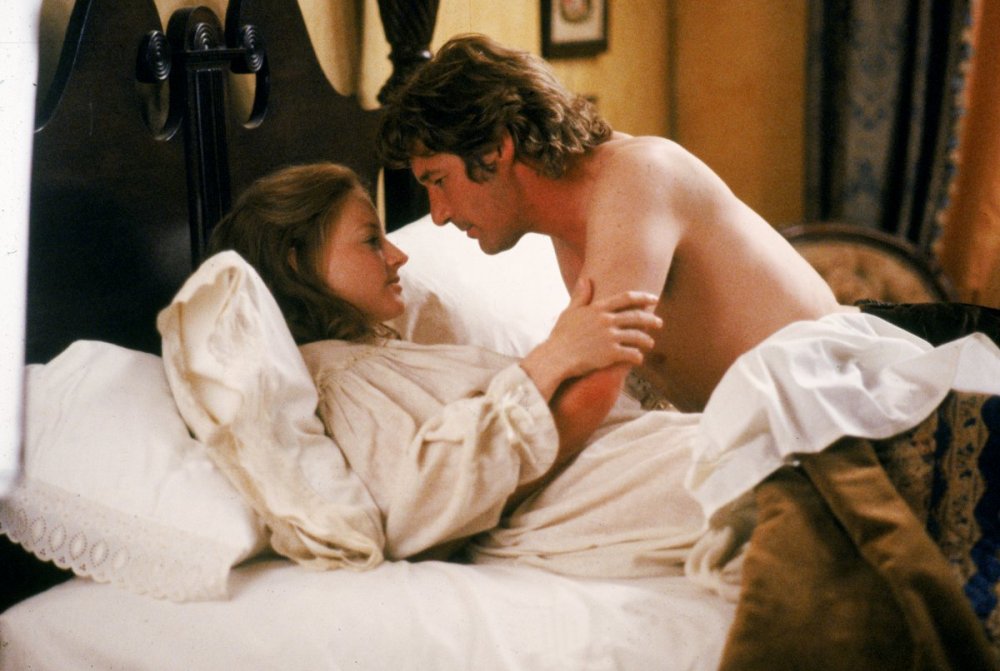 Jon Amiel directs Richard Gere, Jodie Foster and Bill Pullman in this post-Civil War romancer, a remake of a French hit, about a returning soldier who may not be the man he says he is.

This was snootily looked down on at the time of release as a middling star vehicle. Now it feels like a mature, engaging rarity. A convincing adult period romance, expansive yet sensitive, seductive yet gritty. Sure, the trial ending overreaches and tries to become The Crucible… but a slither of daft, avoidable tragedy aside, the committed leads sparkle nicely off each other in sexy candlelight and comfy linens. The mystery of whether Gere is or isn’t the real Sommersby is so swiftly resolved, that the real hook seems to be how much Jodie Foster’s widow is playing along. Her slightly wavering poker face is an absolute treat, a lighter role for her but the kind a female star would kill for these days. Plus, for the curious, you get a fully immersive education in Reconstruction era tobacco farming.

I remember watching clips of this after family dinner on Barry Norman’s Film 87 (they showed the “Do you really wanna jump?” suicide stunt and the shooting range plot recap, if you care to know). These glimpses certainly peaked my pre-pubescent interest. Then catching everything after Riggs’s Three Stooges Christmas tree drug bust in the bedroom of a friend’s house on a tiny 12 inch TV. And that was it.  Between the ages of 10 and 20, all I wanted to do with my life was to make a Lethal Weapon movie. I know I’m asking to be part of the rarest of breeds; only Richard Donner and the gang from Paddy’s Pub have ever achieved this echelon of greatness. Fair to say my twenties were a disappointment, completely living under the shadow that this was becoming less and less likely to happen. Luckily, I then met Natalie. A fine woman who loves Lethal Weapon even more than I do… hell she even likes 3?! We sing the happy clappy Murtagh family happy birthday song down the phone to family members (on their birthdays, we are not mentals). And she seems contented enough that I’ve matured into more of a Roger than a Martin. And, like a Die Hard, that’s kinda what makes Lethal Weapon perfect. It is a kaleidoscope of conflicting genres hidden in a simple action movie. It is a very romantic movie; both in Rigg’s devotion to his perfect dead wife; the rare time Hollywood shows a happy, normal middle class marriage with the Murtaughs; and between the growing trust and affection the two mismatched cops have for each other. Being Shane Black scripted, it makes for a brilliant alternative Christmas movie. Funny too, the constant banter has more zingers than a screwball comedy. And like Inception, it is a drama about a broken, obsolete man working through his grief via spectacular ass kicking work and becoming a valued member of a team. It even replays the Vietnam War – with the technologically under invested natives on their home turf taking on a capitalist mercenary machine over ideology and heroin. Metaphor, muthafuckers! The only thing Lethal Weapon doesn’t work as is a detective thriller. Bad guys kill girl, cops cause destruction and mayhem following leads into dead end, eventually bad guys just decide they don’t like the attention so kidnap and torture the cops for a finale. Even James Bond at least finds a relevant 5 Star spot to wait to be taken to the megalomaniac’s underground lair. But this isn’t about plotting, it is about moments. Moments of Riggs’ zany death games, meaning he will do anything to close a case and can do anything to kill a perp. Gibson is perfect in this, blending goofy clown with aggressive anguish, with convincing deadly accuracy. Bottled up rage has never gotten through so many checkered shirts. And the action, even though some of it comes in forced episodes, is brutal, kinetic and utterly engaging. You feel it as Mel pushes his body to the limits whether it is enduring electro shock torture, pelting down the boulevard barefoot with a sub machine gun, or grappling Gary Busey to the death in the rain. Gibson looks like he is feeling all that pain and exertion for us. At times he is a curly permed, one liner cracking, Christ on the Cross suffering the sins of the world to an Eric Clapton soundtrack. Absolutely Badass!

David Ayer directs Will Smith, Joel Edgerton and Noomi Rapace in the fantasy buddy cop actioner where an ageing LAPD uniform cop and his unwanted orc partner get caught between warring gangs of homies and elves.

A servicable mid-budget movie. The Tolkien meets Straight Outta Compton elements are visually a little too on the nose but consistent. Ayer is confident enough to include passing shots of dragons and centaurs, smartly suggesting this universe is more expansive than the minimum the story requires. Big Willy Style builds on his good work in Suicide Squad by delivering the kinda accessible, street performance we used to queue around the block to watch him do Fresh in the 90s. He has good chemistry with Edgerton and their dynamic is about as believable as seasoned patrol cop and an orc rookie’s could be. Where Bright suffers isn’t in chemistry or concept, it is in the repetitive set pieces. With one notable exception, all involve the heroes hiding, crouching and weaving while another gang open fire on them or each other. When Ayer starts repeating the locations for these deadening salvos in the third act the movie lost me almost entirely. If we do get a sequel, and I’d say there is scope and appetite for a better adventure, then a bit more imagination should go into the thrills now the basics have been decently established.