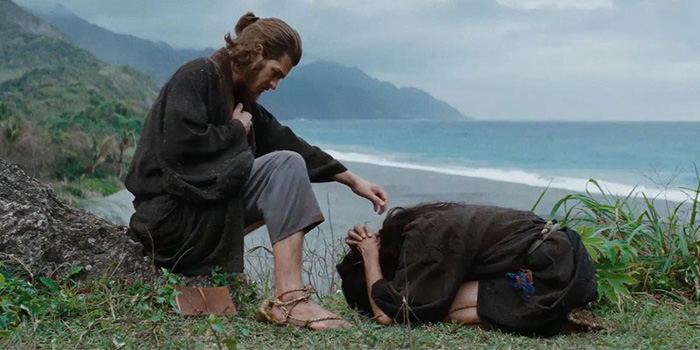 Martin Scorsese directs Andrew Garfield, Adam Driver and Yōsuke Kubozuka in this tale of Jesuit priests who travel to feudal Japan to spread the Catholic faith, at a time when the religion is being violently stamped out.

A tough one this. Though mastefully made (there are blips of shock and awe that are wholly affecting) and containing committed performances (the Japanese cast members particularly stand out) throughout, Silence boils down to 150 minutes of increasingly grubby priests allowing people to suffer while they hide or cower in a variety of different wooden boxes. And if you take that as an examination of faith under arduous pressure, fair play to you, that’s Marty’s intention. But the agnostic in me would have much rather have seen him use all his enviable powers revisiting philosophically troubled mobsters, coked up penny share millionaire brokers or ageing pool hustlers rather than passive men in vintage dog collars crying as the people they led down the garden path suffer because of their obstinate delusions. I was unengaged, adrift by the last third as Garfield prayed directly at me to let the madness, he was a party to, end. It is still a strikingly beautiful movie and hard to fault on a technical level.