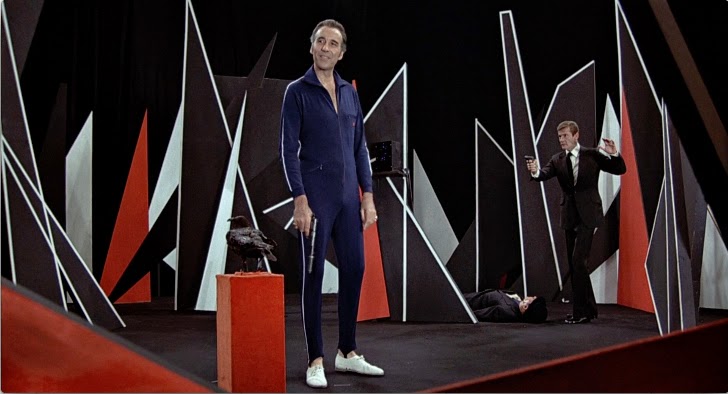 Roger Moore was my Bond growing up and while I can see everything wrong, dated and daft about his entries in the canon it doesn’t change the fact he’ll always be the purest distillation of what 007 means to me. And the great thing about TMWTGG is it takes everything “wrong”, “dated” and “daft” about this period and plays those notes as loudly as possible. Goodnight’s desperate incompetence, all the jokes at little Nick Nack’s expense, the improbable return of Sheriff JW Pepper (let’s just accept he’s gone on an surprisingly exotic vacation to Thailand… but why would he be test driving a new car on it?)  and that time the school girls take down an entire dojo then leave poor Rog behind as their car spins off into the dust just so we can get a bonus chase sequence. Those bits are just as fun as all that genuinely does work; Lee’s brillianty oily Scaramanga (his best performance?), Lulu’s freakout theme song, the surreal secret base in the harbour shipwreck, Maud Adam’s trapped moll, both visits to the funhouse death maze, the enjoyably intense finale, the bikini Goodnight wears while fucking up consistently during the intense finale, and Roger – ever the gentleman – treating the whole thing with the same effort and poise as a man accepting his caviar delivery from Harrods while on a phone call. Brilliant stuff!