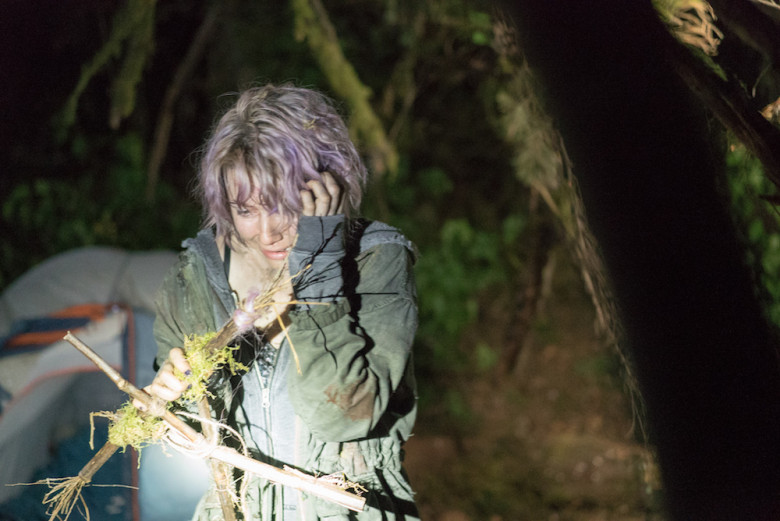 About an hour into Blair Witch I had all but tapped out. We had dutifully trodden over old ground but without the sense of dread. No local giving us impromptu ghost tales on trailer park corners and no character you got the feeling existed outside the first and last page of the screenplay (all annoyingly played). The moment I (almost) abandoned the film is where a character climbed a tree for a drone she had never shown an interest in before… when she had yet to give more than one human facial expression about her now long missing boyfriend. Why not look for him instead? It betrayed an ensemble more concerned with their updated filming tech than each other. And these were no thrown together strangers… so let them break and die and disappear as quickly as possible I say. Put me out of my midpoint misery! The original terrified as you genuinely shared the amateur filmmakers confusion and paranoia about being lost in neverending woods with something intangible toying with them/us. This update foolishly attempts to introduce rules to the Burkitsville mix. E.G.Time and space loops into a trap when you sleep in the woods, the witch is only lethal if seen directly. The first is wasted – delaying us in one forest clearing for too much of the running time. The second has merit but does this premise thrive on logic? No, mystery and our brains filling in the blanks with our own imagined fears should be the order of the day. But then we finally get to the rotting old house and Wingard finds himself and delivers. 20 minutes of sustained spookiness, tension and cursed glimpses of the Black Hills babe herself. If we reached this exciting gear shift twenty minutes earlier and then moved onto another new step for the cherry on top, Blair Witch might be a worthy sequel. Given this is the second cash-in on the phenomenon, I’m more disappointed in Wingard than the tainted series itself. You’re Next and The Guest showed a scrappy young craftsman wanting to obliterate your genre expectations. This unexpected follow-up merely passes by the skin of its teeth.