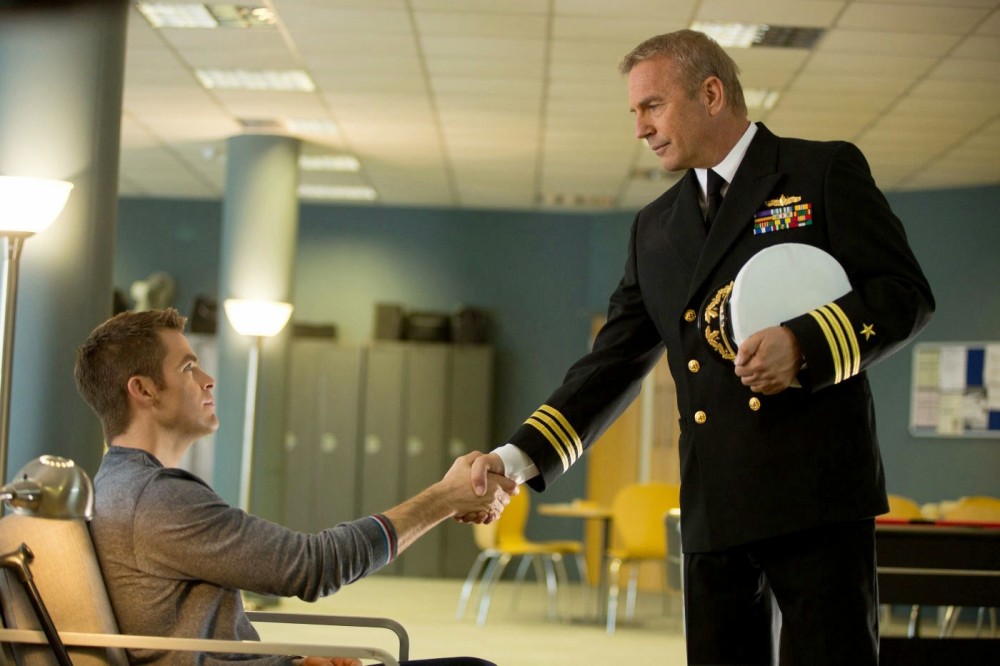 Pine hits the spot in a role that bigger stars have had a decent stab at and Costner adds a bit of charming grit to the mid budget chases and hide and seek sequences but it all seems a bit too throwaway. There should be good value in allowing the kind of intel worker who finds Jason Bourne on his monitor bank or gives James Bond his exposition to be thrust into the action mix and having to explain his mission weekends away and scars to the missus. Yet each film in this ever reseting franchise, even the mighty Harrison Ford’s pair, are merely above average rather than spectacular endeavours. The script does such a strong job of realigning Clancy’s patriotic Everyman (who is luckily military trained, has access to all the CIAs resources and just happens to be a finance whizz to boot) to the 2010s that we are disconcerted once he gets to face off with the villain that no similar effort is put into the derring do. For example a heart in mouth sequence where Knightley’s citizen and long-term life partner is grabbed and threatened with a particularly full on torture gets resolved clumsily within easy minutes. Like every kinetic sequence up to the last ticking time bomb it all feels dunked in by the second unit to sweeten the tea rather than essential. So we are left with a film that sparkles with it’s character work (espionage is likened to an affair often, even in the untrustworthy husband films the characters casually watch in their downtime like Sorry Wrong Number and Rosemary’s Baby) but only vaguely amuses with its action. A glossy time waster rather than a world changer, but interesting enough that you wish they had another crack with this crew rather than hitting CTRL-ALT-DELETEing on the property for a fifth time.