Trey Parker and Matt Stone direct their own voices, George Clooney and Isaac Hayes in this bad taste musical comedy where the animated TV show characters go to war over some farting Canadian comedians.

Believe it or not I outgrew South Park very quickly. I don’t think I’ve chosen to watch an episode this century. The film though is delicious. Rousing musical numbers and relentless nasty behaviour. We watched this on a train this week, so had to suppress our laughter a bit. That was incredibly difficult. The refreshment trolley pusher came at an unfortunate moment. We paused to politely respond to her. She got an eye full of Kenny floating into some heavenly hand-drawn titties. Freeze framed. Brightness up. Could have been worse though… Could have been as Saddam Hussien was waving his photorealistic schlong at Satan! Crammed full of the funny. 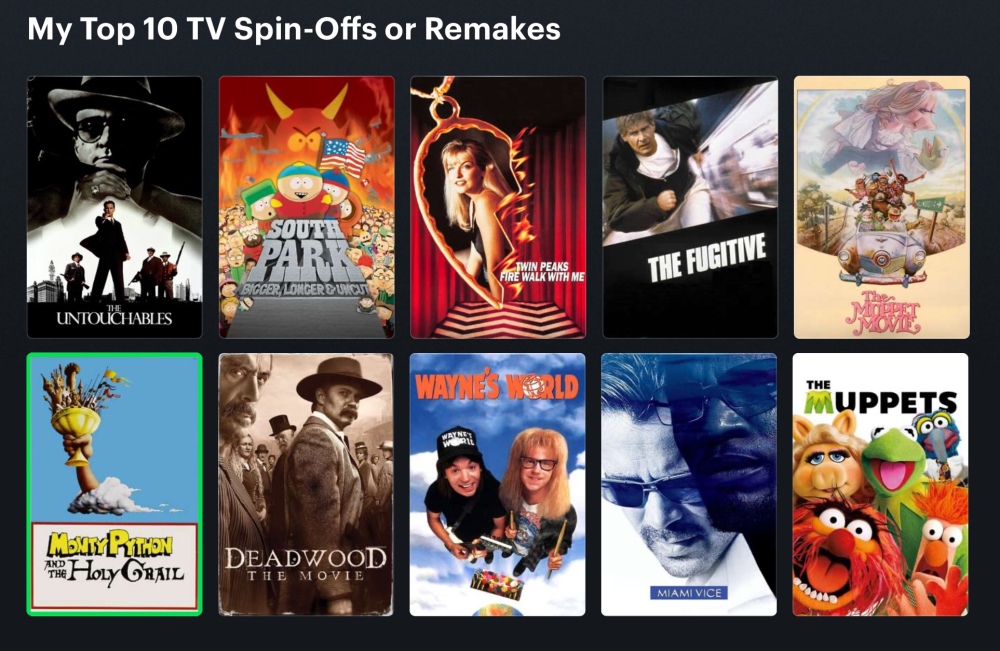 Leave a Reply to Paul. Writer and Filmmaker Cancel reply