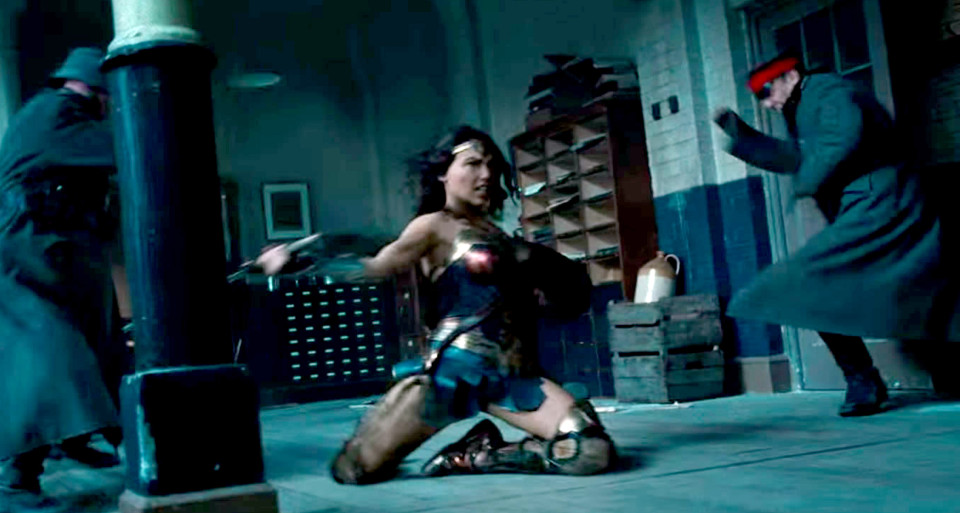 Patty Jenkins directs Gal Gadot, Chris Pine and David Thewlis in this superhero origin story that charts a mystical warrior woman’s journey from her feminist utopian island to the frontlines of World War One.

I wanted to love Wonder Woman but ended up merely liking it. It is a good solid origin story, beautifully lensed and performed. There are real textures and believable heft to the beautiful settings, weathered costumes and period accurate extras. These quality elements are evidence of the prestigious magic of real moviemaking craft at work for four fifths of its relaxed running time. It is also satisfyingly stand alone, owing much more to Nolan’s auteur controlled “real world” Bats trilogy and pointedly less to franchise forcing WB execs. The villians are despicable which is fun… though the action is narrowly honed in on just being iconic imagery, as it rarely feels like any kinda threat or peril or challenge to Gal Gadot. Part of my issue with Wonder Woman  is it never really builds up to a whistling head of steam, except for a shoddy CGI finale that feels like it is footage dumped from 15 years ago. The wobbly FX work here almost drowns out what should be the most triumphant and intelligent peak of character development that we have clung to throughout. Also to justify my average scoring of what is a superhero flick with much to praise, I struggled with a recurring niggle that the movie never truly spells out Diana’s powers. Speed, almost flight, incalcuable strength, a lasso of truth, energy absorbing bangles, immunity to explosions and toxins – a jumble sale that covers whatever the screenwriters care to throw in to the pit at her as an action beat arises. You wouldn’t be shocked if she could spray sticky webbing from her wrist if needed come Justice League. And her only weakness is naivitey. Yet this is where the movie is the most successful. From Gadot’s amusing baffled fish out of water interactions with the ‘world of men’ (when she is clearly their superior in everyway), to her pleasingly underplayed but engaging romance with Chris Pine’s “above average” foil. They still never get around to baptising her Wonder Woman in this her second DCEU appearance but Gadot wins by taking in the chaotic WWI setting with believable wonder… and heartwrenching awe. Using one of the biggest massacres of written history as a playset for a fantasy with cackling baddies and impervious feminists might seem in bad taste on paper but the sheer optimism invested into this by both creatives and players means they actually deliver an admirable tribute. Not the second coming for the genre as hyped online, the flawed and choppy Wonder Woman Begins is still one of the most sincere and accessible comic book blockbusters since Raimi’s Spider-Man.