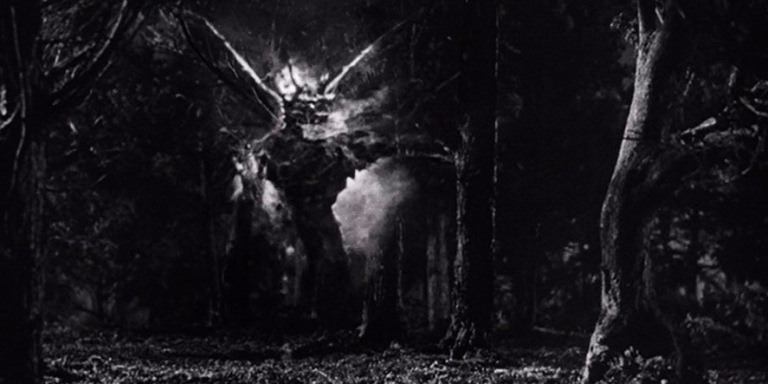 Jacques Tourneur directs Dana Andrews, Peggy Cummins and Niall MacGinnis in this supernatural curse movie where a sorcerer who lives with his Mum puts a murderous hex on all who doubt his powers.

A really unique British genre film in that it has scenes and sequences that feel completely original and unrepeated in cinematic horror. The sceptics at the seance, a children’s party that exposes the villian’s psychological core, and that train track final reveal are all glorious swathes of celluloid grotesque. MacGinnis and Athene Seyler, as the warlock and his sweet old ma respectively, put in great camp performances. The less said about the vanilla protagonists the better though. A monochrome treat.